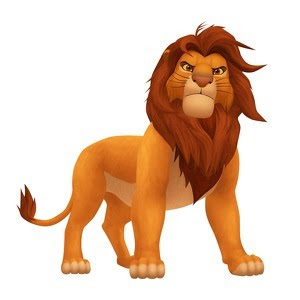 1. Coming off a very difficult loss to a rival that has now beaten them eight straight times, Notre Dame faces another that's beaten them six straight. Can Notre Dame end the losing streak against BC or will the combined weight of the USC loss and recent history against the Eagles be too much to overcome? Explain.

If there's one thing I've learned this season, it's not to question the heart and tenacity of this football team. They are pissed that they let the SC game slip from their grasp, and with it their title dreams. They need someone to take their frustration out on, and BC's 6-game streak is largely undeserved - they've gotten lucky and caught the Irish at the perfect time each of those 6 games to continue to eke out wins.

Not this week. We're gonna pound on them like they are our worst enemies. I don't want to see anything but snot bubbles.

2. Not unlike Notre Dame's defense, BC's offense has been pretty erratic this season. While in their most recent win, they rolled up 480 total yards and scored 52 points; in their two losses, they've averaged 109 yards and 11 points. Which BC offense and which ND defense show up on Saturday? Why?

I think that the BC offense has feasted on some weak defenses. That said, statistically our defense, especially versus the pass, is pretty weak at this point. However, the BC pass offense is hardly a threat, ranked 106th in passing offense.

BC tries to make their plays on the ground, where the Irish have been amazingly stout, shutting out the nation's best rushing offense (Nevada), and holding Michigan (8th best rush O)and USC (22nd best rush O) well below their season averages on the ground as well.

I like the matchup here, and think the Irish defense will look good against the BC offense.

3. Does anyone seem primed to have a Robby Parris-like breakout moment against the Eagles? If so, who is it and why?

I like Robert Blanton, Gary Gray, and Darrin Walls. BC is a weak team passing the ball, and I think they'll be playing from behind for much of the day. The corners will be facing receivers that are not nearly as athletic or talented as the ones they've been struggling against all season. There is no Keith Smith (Purdue, 11th), Blair White (Michigan State, 25th), Damian Williams (USC, 28th), Aaron Valentin (Purdue, 65th), or Anthony McCoy (USC, 94th) on this team that will burn us through the air.

I expect one or more of them to step up in this game, possibly with multiple picks.

4. It's been an and up-and-down year for Boston sports. After a strong start, the Red Sox folded in the second half of the year. The Patriots, meanwhile, seem to be on the upswing after a 59-0 dismantling of Tennessee. For their part, Boston College has seemed as though their season could go either way. Ultimately, will the Eagles be the Sox or the Pats?

Neither. BC is BC. They'll finish at or around .500, and possibly go to some low-to-mid level bowl game, where they will end up playing someone else nobody cares about. Wash, rinse, repeat.

We just need to stop this habit they have of unceremoniously ruining our promising seasons ('93, '94, '02, '04). We can still have an excellent year, and a major beatdown of a decent BC team would go a long way into convincing people that we are a force to be reckoned with, and last week's near miss was not a fluke. 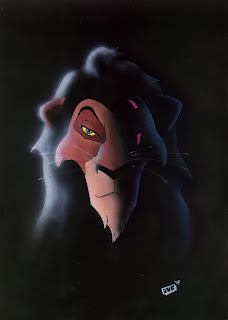 5. While most Irish fans refer to BC as "Fredo", tell me to which other cinematic character you would compare the Eagles.

Scar from Disney's The Lion King.

He's the unworthy little brother of the great and majestic King of the jungle, Mufasa. he is bitter and jealous, and will stop at nothing to bring down the King. He takes his greatest pleasure from destroying the happiness of a brother who represents all that is good and right in the world.

His successes at killing his brother ('93 upset) allowed him a brief (6 game) reign as the usurper to the throne. But now, after a period of exile (Davieham), the rightful heir to throne has returned to take his place.

I was crushed emotionally at the end of the game. I always take these losses personally, and losing to USC hurts more than anything else. Even Michigan.

But now I've had a good night's sleep. I spent a fun day with the extended family to celebrate my grandmother's birthday. I met some really amazing people over the weekend. I'm feeling good about life again. So, I've been able to step back and get some perspective on this painful loss.

And as I think about this team, I think that there are some almost eerie parallels to the 2005 squad. 4-2 after 6 games, having nearly edged out a top 5 USC team, and lost a squeaker against Big Ten school from Michigan. There are six winnable games ahead, and the possibility of a BCS bowl is still within our reach. We are led by a junior quarterback that is quickly proving himself to be one of the best to play the game. Our achilles heel is our defense, who gives up the big play too often.

In 2005, we had a good showing against OSU in the Fiesta Bowl, but our defense's tendency to give up the big play and the lack of quality depth resulted in an all-too-familiar bowl loss. Despite the disappointing end to the season, we were #2 preseason the next year, with so many of our offensive weapons returning. Then the lack of depth robbed us of the title that season, when we got blown out by SC and LSU at the end of the year.

But this year, we may have a far better trajectory. Whereas the 2005 team lacked depth in the underclassmen, this team does not. Also, that team that almost beat USC four years ago was relatively healthy. This year's team was missing arguably its best receiver, and a QB that is still a little bothered by that pesky turf toe.

With Michael Floyd set to come back in a few weeks, our offense will be far more productive, and far more difficult for teams to stop or even slow down.

A few weeks to rest Clausen's toe should put us in the position to actually WIN a BCS bowl against quality competition, even if our defense doesn't improve drastically.

If Weis wins out (which he should given the talent level of this team), he will be retained. And then, we will have to cross our fingers to hope Jimmy Clausen returns for his senior season.

If he does, this team should be preseason top 5, and primed to make a run at the title. And the biggest difference between the 06/07 team led by a senior Brady Quinn and the 10/11 team led by a senior Jimmy Clausen give me great hope for next year. The overall depth and athleticism of the team is about 10 times better than it was in 2006, where the majority of the starters were seniors who had nobody to push them.

Now, we have legitimate depth at every single position.

At this point, I think that Jimmy Clausen is better than Brady Quinn. The tandem of Michael Floyd and Golden Tate is better than the tandem of Jeff Samardzija and Rhema McKnight. Kyle Rudolph is better than Anthony Fasano. And, the offensive lines are probably similar, with the depth edge clearly going to this year's team.

I said going into the game that this game was a crossroads, and had the potential to either vault the Irish back into the nation's elite, or perhaps set us back on the path of mediocrity.

But now, I think the truth is somewhere in the middle, muddied by a valiant effort by these kids, who never stop believing - what tho' the odds be great or small.

However, despite the potential for growth from this team, there seems to be a growing sentiment on message boards that the fans want to oust our coach, when an 11-2 season with a legitimate win over a big-time opponent in the BCS is still within our reach.

Bloggers like myself, who spend a lot of time and effort trying to pull our thoughts together and craft a coherent message, largely agree with my assessment. Blue-Gray Sky, One Foot Down, Subway Domer and myself are all pretty much in agreement.

And so, as we look forward, the consensus seems to be that we have a legitimate shot to run the table, and (depending on the way we win or lose and what people ahead of us do), get into the BCS, or perhaps if things don't break our way, the Cotton Bowl.

And this year, especially with a healthy Floyd coming back from injury soon, I like our chances against whoever trots out onto the field against us in a bowl game.

With 6 games to go, chances are this team will win each of the remaining games on the schedule, virtually guaranteeing that Coach Weis will return next season, with (depending on what Jimmy decides about going pro) a legitimate chance to make a run at the national title if we can develop our defense a little bit.

The message boards and comment posters, however, seem filled with vitriol and disgust for Coach Weis, and are all but demanding a change. (I'll admit, there are many posters who take the opposite view, I'm simply talking about my sense of the overall mood of the boards I've read)

So why the split?

My two cents, which I'm sure won't sit well with the board poster and post commenter crowd, is that the people who post on message boards and make comments on blogs don't spend as much time thinking about the permanence of their message. I'll admit that last week, I allowed my emotions to turn this past week's game into more than it perhaps was.

But those bloggers that spend a lot of time thinking about what everyone will think about their post, tend to be a little more rational. More measured.

But then, as a blogger myself, I'm probably biased.

At the end of the day, what you have is a 4-2 football team that has had an outstanding offense despite injuries, and a porous pass defense that has forced us into last minute games against every quality opponent we've faced. However, when the chips have been down, our quarterback, who I believe deserves the Heisman this season, has found a way to win each and every game.

And this one was only a rivalry game against a top 5 opponent who you had on the ropes with multiple shots to tie the game with only seconds left in regulation.

That's really the difference between clear Heisman frontrunner and Heisman hopeful. Between legitimate title hopes and hopeful to get into the BCS. From a clear mandate of support for the Coach to naysayers, rumors and doubters all over the place.

Yes, as Al Lesar said in today's South Bend Tribune, "What a great ol' saying: If ifs and buts were candy and nuts, every day would be Christmas."

But you can't help but wonder. What if a healthy Michael Floyd (or even a healthy Robby Parris) were running that route on the final play? What if Duval doesn't slip coming out of his break? What if the refs had called the Rudolph catch a TD instead of out-of-bounds?

Of course, we would have to beat SC in overtime, but our problems all season have been between the 20s on defense, not in the redzone.

So, What If? Just what if, we find a way to win that game? Would anyone be asking for Coach Weis' head? For all the difference that one second makes?

But they are certainly right when they say that this is A Game of Inches.
Posted by Wacko at 8:25 PM 8 comments: