This weeks IBG is hosted by Three Guys In A Basement.

1. If you had the choice, which professional athlete would you rather be: A golfer on the PGA tour that hovers around 125-150 on the money list, a solid middle reliever in the MLB, a # 4 starter on an MLB team, a 10th man on an NBA roster, or a punter in the NFL?

While pro golfing may not have the high end salary in that range (most of the other positions can get you into the millions if you're good at what you do), it's got to be the easiest job.

Forget gameday - every professional athlete eventually has to suit up and play a game. It's the practice that makes golfing the best option. Most people play golf as a leisure activity in their spare time. Very rarely do I see people punting or pitching on a Sunday afternoon for fun. And don't get me started on basketball practice - exhausting.

I'll take the cushy life of a pro golfer.

2. If they made a movie about the history of Notre Dame football from 1997-2008, what actors would you cast as Bob Davie, Tyrone Willingham, George O’Leary and Charlie Weis? Picture comparisons will be helpful. 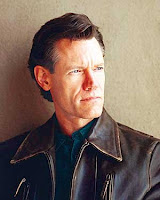 I needed someone in this role that could do justice to Bob Davie's particular brand of country-fied footbaw. Someone who could do the accent of a good ol' country boy. Someone who seems like a good idea at the time, but ultimately is too much of a caricature to bring any real credibility. And the whole look-a-like thing. 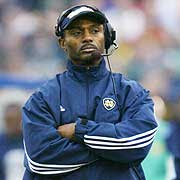 For this one, I clearly needed an African-American actor that everyone likes, but isn't that accomplished when it comes right down to it. Somebody that had flashes of being an OK actor early in his career, but of late has been tanking it hardcore. Someone who is almost better when he doesn't open his mouth. And finally, someone who is so buttoned up that you wonder if they are capable of acting with real emotion. Someone with questionable credentials.

I was going to go with Bill Bellamy, but he smiles too much.

Then it hit me - who can do Ty's inscrutable "serious face" better than anyone? That's right, Richard Brooks from Law & Order's early seasons. Bingo. 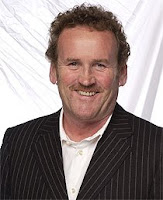 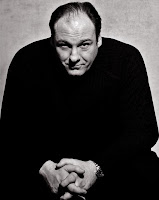 A Jersey guy with a bit of a weight problem? This didn't take me long. He can get the Jersey attitude, and can do both comedy and drama. Also, Gandolfini is the kind of actor that has a great resume, but hasn't quite reached that A-list status. But he could.


3. We at tgiab.com (see JoeG) love the drink Sparks, which comes in Orange cans. While I can’t truly relate that to any type of question, I figured I’d mention that because we are playing the Orange this weekend. I guess if I had to tie it in, I would say that I associate Sparks with football tailgates (and my subsequent lack of recollection of the game). Do you have a favorite product that comes in the color Orange? And if so, do you relate it to football in any way shape or form?

And yes, I can relate it to football, because of the Orange Bowl. Or the bowl formerly known as the Citrus Bowl, but now called the Capital One Bowl.

Best I could come up with. Yeah, Vitamin C!

4. This last weekend, one of the more die-hard Notre Dame fans I know told me that he has twice rooted against Notre Dame. Is there any scenario where you would root against Notre Dame? Or should we make this friend (and guest columnist) be the next Ice-T in Surviving the Game?

Not one. There just isn't. It's always in my best interest for Notre Dame to win it's football games.

Where you really tie me up is in basketball. I went to Indiana University for undergrad, and am a die-hard Hoosiers basketball fan.

The Irish and the Hoosiers tip it off in the Maui Invitational in a few days.

I have no idea how to cheer in this one. I've always said that IU is #1 for me in basketball, and Notre Dame #1 in football, but now I'm torn. IU is expected to have a rough season, as their team was absolutely decimated by the debacle that was the end of the Sampson era.

On the other hand, Notre Dame basketball is back in the top 10.

I don't want the Irish to lose such an early game against what is supposed to be a bad IU team, but am having trouble bringing myself to cheer against my alma mater.

5. tgiab.com will host (in allegiance wiht jupmode.com and thesubwayalumnishow.com) a tailgate for the USC game. First off, you are all cordially invited. Secondly, and more importantly, we are looking for necessities to have at a tailgate.

For those of you that haven't heard, earlier this week an enterprising student successfully arranged for about 10,000 leis to be handed out before this weekend's game, in an attempt to show Manti Te'o, the stud 5-star linebacker from Hawai'i, how much we want him to come play for us at Notre Dame.

The University got wind of this, and sent out an e-mail discouraging the students from going through with their plan. Apparently, it could possibly be construed as "publicizing" Te'o's visit, which is against NCAA rules.

However, those rules apply to the University, and not individuals.

So, I'm going out to buy some leis tonight to wear at the game on Saturday. (Where does one go to buy leis in November in South Bend?) Preferably green ones.

I encourage anyone else who is going to the game to do the same. Subway Domer claims that there will be leis available at Gate E before the game, so I encourage you to swing buy and pick yours up.
Posted by Wacko at 12:04 PM 3 comments: