It's official. The University of Notre Dame is going to give ME a Juris Doctor degree. I passed all of this semester's classes, and near as I can tell, I actually did it.

Tonight was the 3L dinner, which was a lot of fun. I got a rousing reception when I won the 3L superlative award for "most likely to get into trouble for playing video games at work." I really worked hard to earn this honor, and from all accounts I won it in a landslide.

About two weeks into law school, a fellow student (IIRC it was Ryan Bradel) stopped me after class to ask me to stop playing video games during class, as it was distracting. It didn't take.

In fact, Toni Mardirossian (a fellow graduating 3L) admitted that for the first half of law school, she didn't even know my name - I was simply "The Gamer."

I was up for three awards - video games, biggest Notre Dame fan, and Most Likely to Stay in South Bend.

Despite all of my attempts to secure employment in South Bend (as yet unsuccessfully), the Most Likely to Stay in South Bend Award ironically went to a fellow student who TURNED DOWN his South Bend job offer at Barnes & Thornburg, electing instead to go to Europe next year - a long way from the 'Bend.

The "Biggest Notre Dame Fan" award went to Sarah Wake, a Double Domer who could go toe-to-toe with me on outrageous gameday outfits and obsessive love of all things Notre Dame. However, my ND football blog, recent tattoo and Spring Game 30 days party weren't enought to push me over the edge.

For those of you waiting with baited breath, my sappy "I graduated from Notre Dame" post is coming soon. I promise a tear-jerker for all.
Posted by Wacko at 2:51 AM 2 comments: 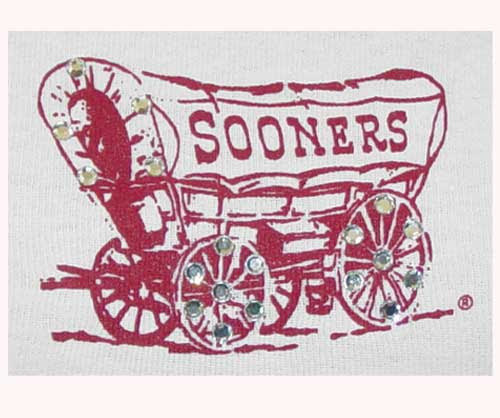 Description: Settlers who entered the Unassigned Lands, located in the current state of Oklahoma, before President Benjamin Harrison officially proclaimed them open to settlement with the Indian Appropriation Act of 1889 on March 2, 1889. The name derived from the "sooner clause" of the Indian Appropriation Act, which stated that no one should be allowed to enter and occupy the land prior to the opening time and that such people would be denied rights to illegally-claimed land.

Disadvantages: No particular skills in battle.

Description: This term, like Hoosiers and Sooners, refers generally to the inhabitants of the state of North Carolina.
My favorite explanation of the term comes from a letter by Robert E. Lee, the Confederate General, in which he states (referring to a battle involving men from North Carolina) "There they stand as if they have tar on their heels."
North Carolina used to be a major tar producing state.
For these purposes, I'm using the general militia of North Carolina from the Civil War ers.

The Tarheels approach their chosen battlefield, ready to set up defenses for the upcoming onslaught by the Sooners. Much to their chagrin, the Sooners were already there. They popped up out of the ditches, and attempted to claim the battlefield for themselves. In the initial confusion, the Tarheels took heavy losses.

After a brief skirmish, the remaining Tarheels manage to set up a defensive line, while the untrained Sooners are still running around in confusion. The military experience of the Tarheels and ability to hold their ground eventually wins out over the dogged determination of the Sooners. One by one, the Sooners are shot down.

Winner
Tarheels
Posted by Wacko at 12:07 PM No comments: